KEVIN BRIDGES - THE STORY SO FAR The debut from the UK’s most exciting comedy star. Filmed in May 2010 at Glasgow’s SECC Arena in front of a sold out crowd of 10,000 fans. Kevin’s unique brand of social commentary, astute observations and sharp one-liners arguably make him the hottest act to come out of Scotland in the last ten years. KEVIN BRIDGES - THE STORY CONTINUES The Story Continues sees Kevin return to the SECC to perform a record-breaking run of ten sold out nights to over 75,000 ecstatic fans. Recorded on a Saturday night in Glasgow, Kevin is in his element, as this home town gig shows off his no nonsense approach to comedy. He cuts through the niceties with his Glaswegian man in the street charm to reveal the next chapter of his epic comedic journey. KEVIN BRIDGES - A WHOLE DIFFERENT STORY Kevin Bridges is in a league of his own as he blows the roof off the SSE Hydro in front of 12,000 fans. Recorded as part of his UK & Ireland tour and 16 night residency at Glasgow’s newest venue. Kevin is on explosive form as he mixes economic theory, art history and diet tips with the rigors of growing up and adapting to his new found place in the world. KEVIN BRIDGES - THE BRAND NEW TOUR The show was filmed as part of Kevin’s UK and Ireland tour and his 19 night residency at the Glasgow Hydro. It’s written and performed by a comedian at the top of his game with Kevin giving his take on the modern world, social media, anxiety, religion, conversations with his dog and having Barack Obama as his support act. This is by far Kevin’s best show to date and really is a stand up masterclass. 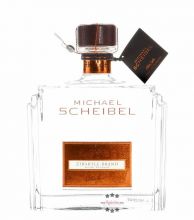 Dara O'Briain and Angela Scanlon host the brand new series of Robot Wars with commentary from the legendary Jonathan Pearce who returns from the original series with his inimitable take on the robot battles. Filmed in a huge, purpose-built fighting arena, 40 teams of amateur robot fighting enthusiasts battle it out over six episodes to become Robot Wars Champion 2016. Each episode has eight competing robots. The action starts with two group battles, with four robots in each battle. The top two robots from each group battle then go through to head to head battles where all four robots fight each other once. The top two then compete in the episode final the winner going through to the Grand Final. If the robots don t knock each other out then the judges are on hand to decide the winners. Dr Lucy Rogers, Professor Noel Sharkey and Professor Sethu Vijayakumar base their criteria on aggression, damage and control so everyone has to attack from the start. The Arena contains the dangerous hazards of Fire, Spikes, The Flipper and The Iconic Pit. As well as battling it out against each other, the robot teams must avoid the infamous and intimidating House Robots. Aiming to terminate anything that strays into their Corner Patrol Zone - Sir Killalot, Matilda, Shunt and Dead Metal show no mercy as they menacingly patrol the arena ready to destroy. Welcome to the return of Robot Wars.

Russell Brand - Scandalous - Live At The 02

The World According To Russell Brand 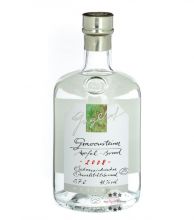